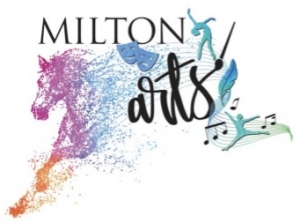 Funding for this program is provided by the Fulton County Board of Commissioners. It was approved for nonprofit arts organizations for the virtual presentation of arts and cultural projects affected by the COVID-19 pandemic.

The Milton Community Theatre, a project of the Milton Arts Council, canceled its second production planned for Summer 2020 due to the pandemic. This grant will fund the production, now scheduled for November 2020.

“This is a unique opportunity for our Milton Community Theatre to participate in this new concept of virtual theater performance.”, says Bill Purdie, President of the Milton Arts Council. “We applaud the Fulton County Commissioners for their foresight and timely response to the need for an alternative delivery of the arts to the public.”

Using the innovative approach of providing performance art to the public without an audience present, MAC will convert the live stage performance to a video-taped medium and deliver it to FCAC for broadcast on the County’s website, FGTV. In addition to the play, extra content will include interviews with the cast and crew, and a behind-the scenes peek at how the production was created. These additions will serve as a learning experience for those interested in the artistic and technical side of theatre and video production.

Auditions will begin immediately for the production, Ruby and the Bookmarks, a romantic jukebox musical comedy for all audiences. The cast will consist of 4 male and 4 female actors.

Information on virtual audition submissions can be found at: www.BroadwayBoundProductionsInc.com/Auditions.html

The premise of the play is at a large, tastefully-appointed Sneden’s Landing townhouse, the Deputy Mayor of New York has just shot himself. Though only a flesh wound, four couples are about to experience a severe attack of Farce. Gathering for their tenth wedding anniversary, the host lies bleeding in the other room, and his wife is nowhere in sight. His lawyer, Ken, and wife, Chris, must get “the story” straight before the other guests arrive. As the confusions and miscommunications mount, the evening spins off into classic farcical hilarity!

Director Jonathan Goff says, “Rumors is absolutely hilarious! Neil Simon is a genius when it comes to writing a good farce and Rumors is among his best work”.

Tickets go on sale, online at 9:00 a.m., Friday, March 22 and may be purchased through the Milton Arts Council web site: www. MiltonArtsCouncil.org.  Tickets are also available at the door for each performance.

MILTON, GA., November 16, 2018 – The newly-formed Milton Arts Council announces the launching of its community theatre project with three productions scheduled for 2019.  The first production is slated for Spring, 2019 and followed by Summer and Fall performances.

“After working on this concept for over two years, we are pleased to bring this art form to the City of Milton”, says Bill Purdie, President of the Milton Arts Council.  “We plan to offer family-oriented entertainment to our community, focusing on attracting and featuring local talent.”  The 2019 performances of the Milton Community Theatre will be hosted by local venues to be announced later.

Following a 2016 resolution of the Milton City Council that created the Milton Cultural Arts Committee, each City Council member appointed a committee member.  After a year of planning, the committee was dissolved and transformed into the Milton Arts Council, Inc., a Georgia Non-Profit corporation with 501(c)3 status, to enable fund raising via grants and private donations.

Megan Jamison, Vice-President of the Milton Arts Council, says “We have received substantial interest from Milton citizens in creating performance art opportunities in our City and we are now seeking volunteers to staff the positions for our theatre’s productions.”

Those interested in participating in this first season of the Milton Community Theatre can register on the Theatre page of the website, www.MiltonArtsCouncil.org.  Experienced volunteers needed include: producers, directors, actors, stage managers, lighting & sound technicians, house managers, and advertising/promotion specialists.

For more information, contact Bill or Megan via email at MiltonArtsCouncil@gmail.com

This Is A Custom Widget

This Sliding Bar can be switched on or off in theme options, and can take any widget you throw at it or even fill it with your custom HTML Code. Its perfect for grabbing the attention of your viewers. Choose between 1, 2, 3 or 4 columns, set the background color, widget divider color, activate transparency, a top border or fully disable it on desktop and mobile.

This Is A Custom Widget

This Sliding Bar can be switched on or off in theme options, and can take any widget you throw at it or even fill it with your custom HTML Code. Its perfect for grabbing the attention of your viewers. Choose between 1, 2, 3 or 4 columns, set the background color, widget divider color, activate transparency, a top border or fully disable it on desktop and mobile.